skip to main | skip to sidebar

I just finished checking the calendar and it is true, we have made it already to the first Wednesday of the new year on this January 5, 2010. Hello and welcome. You may not have known that I am a part of an elite group who will, beginning this year, start to wreak havoc on all the systems and services of the United States government. That's right. It's not the British this time who are coming, it is the boomers, as the leading edge of those of us born after WW2 begin to turn 65. That would be 1946 through 1964 to be precise and they tell us that myself and my brothers and sisters will be clogging up the systems at the tune of 10,000 per day until all 70 million plus of us are officially in the elderly care group. My coming of age party doesn't land until August but I am a member of the first wave, therefore, be aware that I put you on notice because the blooming boomers are coming to a clinic near you. Just joking but only in a nervous sort of way. I watched a segment on the PBS News Hour this past Monday evening about this avalanche about to be experienced and it does have the think tanks working in overload mode trying to figure out how all this can be accommodated without sinking the already weak economy. How did this happen? The war ended. The warriors returned home and reconnected with their families and that led to a population explosion which will dramatically alter the demographic landscape especially when it comes to the age segments within our nation. If all us boomers become a voting block, look out, we may have everyone in the congress sporting gray or no hair! How funny is that? 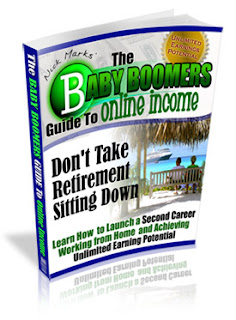 This is not something that has not been known about for many years. It is a subject that has been studied and reported on with all kinds of predictions. However, we in this country have a habit of waiting until the wave hits before we determine how to prepare ourselves to receive it. The reason nothing much has been done is because there are always winners and losers when decisions have to be made, and most politicians lack the intestinal fortitude to act, especially when doing so makes some folks angry. Making over 70 million people angry is not a good way to keep your job. But, now that the actual wave is hitting beginning this past January 1st, suddenly everyone is running around like the proverbial chicken with their head cut off trying to come up with a way of adjusting for this. This is why you hear serious talk about raising the retirement age. Older Americans are already working longer than their predecessors and that trend will likely continue. When the older workers stay in the workforce that also has an impact on those entering the job market. It's that old adage about how you push down in one place but it comes up somewhere else. Bottom line: It's a messy situation. How do you like that for simplicity and clarity? But, me talking about it will not turn back my own personal clock, therefore, come May or June, I am supposed to begin to begin knocking on the door marked Medicare. My wife's attitude is somewhat negative. She more or less thinks that when you open that door there won't be anything behind it, and the same for Social Security, etc., etc. Could be but we must keep on keeping on and trust God to guide us with light from above. Amen. 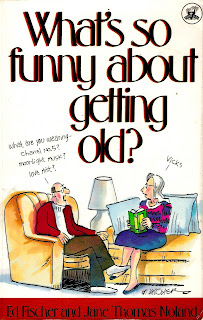 Some of you no doubt hope that my old people jokes will get better with age. It could be one like this: "Our mother started walking everyday when she was 60 years old. She's now 97 and we have no clue where she is." Or maybe you would agree with the fellow who said that he dearly loved long walks, especially by people who annoy him. Here I am on the cusp of being 65 years young and I just may be nearing that age when you no longer resist talking about it, you actually begin bragging. Let's hope not. You may not have seen this list of recommended hymns for older folks, therefore, I wanted to share a few of them with you. 1) Precious Lord, Take My Hand, And Help Me Up; 2) Just a Slower Walk with Thee; 3) Go Tell it on the Mountain, but You will have to speak up; 4) Nobody Knows the Trouble I Have Seeing; 5) Count Your Many Birthdays, Name Them One by One; and finally 6) Blessed Insurance. They are jokes so don't be offended, okay? Meanwhile, consider yourself to be forewarned because us boomers are headed your way and we will likely come to stay for a good long while, Lord willing, of course! May God bless us all as we deal with the life, young, old, or in-between, that He has given to us! Amen.            ......More later.
Posted by Three Score and Ten Plus at 2:51 AM 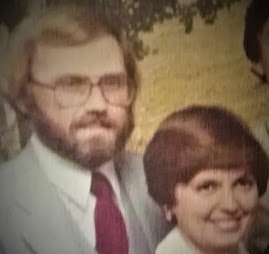 Thankful for the journey!

Three Score and Ten Plus
Many years in this sojourn here on planet earth and I have the scars to prove it but I have been, am now, and will be blessed to have had the privilege of doing what little I've done to honor God and serve others.